By 1901, Louisa was 13 years of age and she had moved to live with her widowed aunt, Amelia Kendall in West Leeds. Her mother, Emma, and sister Gladys were living with Emma’s elder brother, William Arthur Kendall, a widower, at The Gables, Station Road, Ossett. William was an architect and surveyor and lived in the end house of five known as The Gables which William Arthur Kendall had designed and built in the late 1890s. Amongst others, W.A. Kendall also designed the Temperance Hall in 1887 and, in 1892, the Post Office and Chemist’s shop on Station Road (in 2016, now the Yorkshire Bank), the Hannah Pickard Fountain, the Mechanics Institute (in 2016, now Ossett Library) and the Liberal Club (formerly the British Railway Staff Association and in 2016 the Railway Club.) 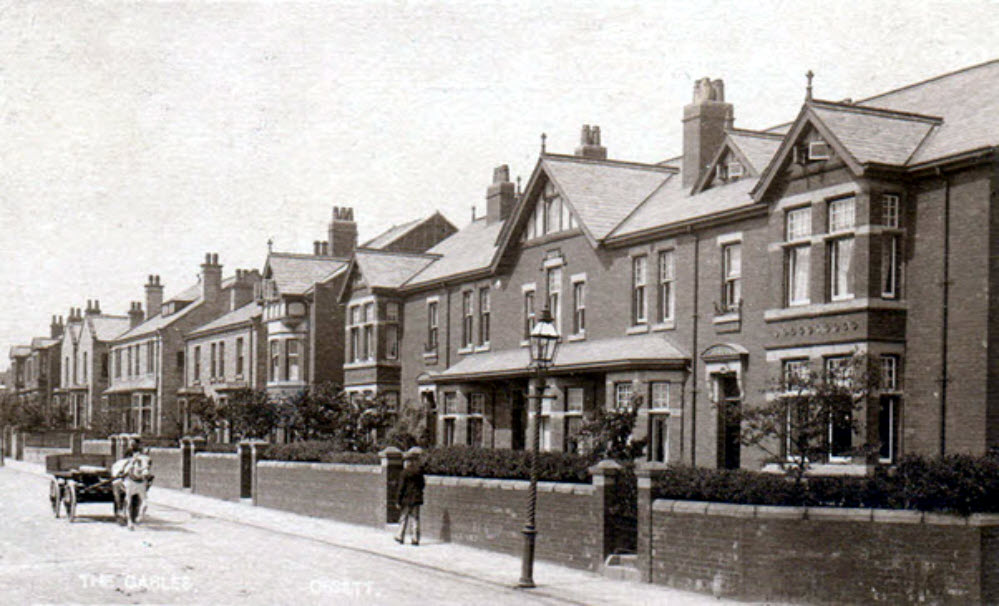 In 1910 the Land Valuation record shows that he owned all five of the houses. By this time Emma’s only son, Charles K. Hanson was 8 years of age but there is no sign of him in 1901. Emma’s husband, William Hanson, is similarly absent and it has not been possible to locate a U.K. record of him after the birth of Charles in 1893.

In 1911 William A Kendall was living at Middle House, Denby Dale, the home of his brother in law. This appears to be a temporary arrangement, perhaps to do with William’s business, because his sister, Emma Hanson, was still living at William’s six roomed home at The Gables, Ossett . In her brother William’s absence in Denby Dale, Emma appears to have insisted that she be properly recorded on the Census only as the Head pro tem of the household.

Her son, Charles Kendall Hanson, 17 years of age and an architectural student, and daughter, Gladys, aged 22, an elementary school teacher, are also living at The Gables (probably the dwelling closest to the camera in the above photograph). They are described as Nephew and Niece. Louisa Hanson is not in the household and it has not been possible to locate her elsewhere in 1911. She would be 23 years of age by this time and perhaps she was already elsewhere working as a nurse.

In 1901 and 1911 the children’s mother, Emma Hanson, describes herself as married, but there is no sign of her husband in either of those years. His absence suggests that Emma and her children had been abandoned. Their success, even at this early stage of their lives, with all of them working in or towards a life in professional employment, displays their fortitude, and that of their mother and their uncle. There was much more to come from Louisa and Charles.

On Thursday 24th December 1914 the "Ossett Observer" published "Our Roll of Honour List of Ossett and Horbury men who are serving their country." Despite the headline referring to the men serving their country, the listing includes the name of one woman; Nurse Louisa Hanson, The Gables, Station Road; Red Cross Society in France.  Many women went to France during the Great War to serve in French military hospitals, and most were sent out under the auspices of the British Committee of the French Red Cross.

Little information about these women appears to have survived, but it is known that Louisa Hanson served at the No.2 Stationary Hospital. These Hospitals were large facilities, often centred on some pre-war buildings such as seaside hotels and were part of the casualty evacuation chain, further back from the front line than the Casualty Clearing Stations. They needed to be close to a railway line, in order for casualties to arrive (although some also came by canal barge); they also needed to be near a port where men could be evacuated for longer-term treatment in Britain. Many of these Hospitals were assisted by voluntary organisations, most notably the British Red Cross. 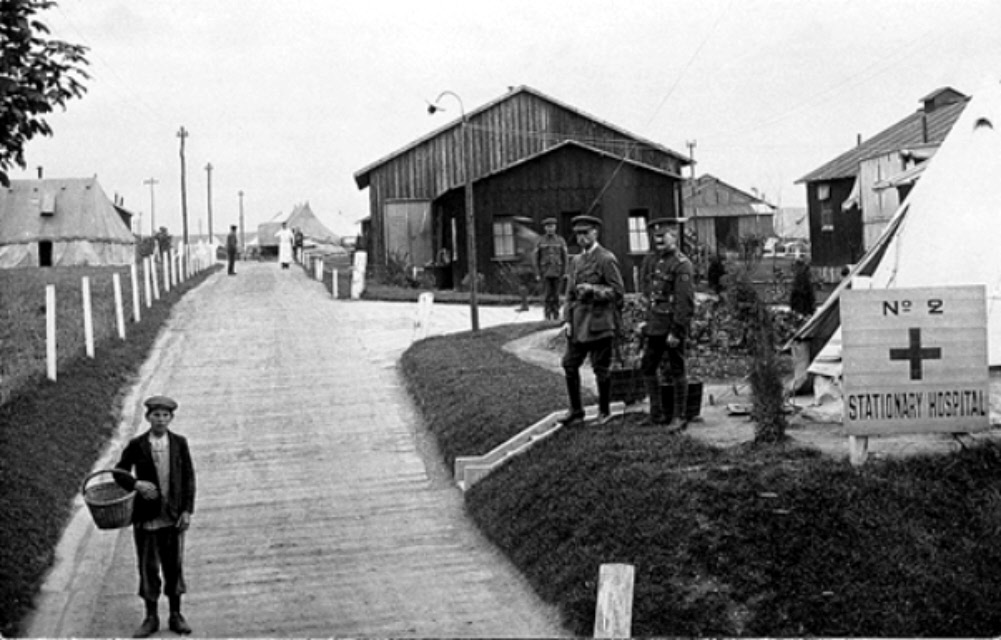 Above: No. 2 Stationary Hospital, Rouen, France during WW1.

At some stage Louisa Hanson was promoted to Acting Sister at the No.2 Stationary Hospital and, in June 1918, she was awarded The Royal Red Cross, 2nd Class2. It is not certain when Louisa returned from France, but at some stage she served as Acting Sister, Civil Hospital Reserve. Louisa was subsequently decorated by the King at a Buckingham Palace Investiture on 25th June 19203. Louisa Hanson has two WW1 medal cards, which both confirm that Acting Sister L. Hanson served at the Derbyshire Royal Infirmary, Civil Hospital Reserve and that she had also been mentioned in Despatches4.

There is also reference5 to a Sister L. Hanson who served in the Queen Alexandra’s Imperial Military Nursing Service (Reserve) during WW1 and was consequently awarded the British and Victory Medals for service overseas in a theatre of war. It is not certain that this refers to Louisa Hanson but it is certain that she served in France and in circumstances which would mean that she was entitled to the award of the British and Victory Medals.

After WW1 Louise Hanson returned to her Uncle William’s home at The Gables in Ossett and on the 27th October 1921, at Ossett Holy Trinity Church, Louisa Hanson, spinster, aged 34, of The Gables, married Thomas Allan Robertshaw, bachelor, aged 34, of Allerton Road, Bradford. Rather fittingly the man who had been responsible for caring for her for most of her life, her Uncle William Arthur Kendall, signed the Register as her witness. Her father was not present.